Elections for the Lower House in South West State are expected to end next week as only 16 out of the 69 seats remain to be filled.

The State Indirect Electoral Implementation Team (SIEIT) Deputy Chairman, Sid Ali Omar Hussein, made the announcement, Friday, after overseeing the latest round of elections held in the state capital, Baidoa.

“We have held elections for 53 MPs and now we will deliver the remaining 16 in the next few days. We have been strongly supported by our partners including UNSOM [United Nations Assistance Mission in Somalia] and the security agencies. This has enabled us to hold the elections within a very short time frame and with limited resources”, said Mr. Hussein.

He expressed optimism that the exercise will be completed next week going by the positive efforts made so far by the federal government, the regional administration and international partners, adding that the challenging times are now behind them.

Yesterday, four more candidates were elected to the Lower House of the Federal Parliament. First was Mohamed Said Abdillahi who was elected by the Begedi/Abaasad clan, garnering 40 votes against his two opponents Keyse Mayow Abuu Hassan and Khalid Omar who got one and three votes respectively. In the other contest, Abdukadir Moalim emerged the winner after his only opponent Fadumo Osman Mayow stepped down.

MP-elect Abdillahi who defeated the former Federal Minister of Sports, Khalid Omar Ali, who has represented his community for the past 12 years, urged residents to be united and work hard to achieve peace and stability.

“I would like to extend messages of peace and progress to the Somali people. It is my hope that from here, our people will be able to elect a representative of their choice,” he said in his victory speech.

Sahra Ahmed Abdi, one of the delegates from Lower Shabelle region, described today’s voting as free, fair and transparent.

“This election is one of its kind and I am very happy to have been involved as a delegate. The process to elect a representative for my community was very fair and transparent,” observed Sahra.

Elections in South West State have so far been orderly and peaceful, with winners being gracious and humble in their victory speech and defeated candidates accepting the outcome. 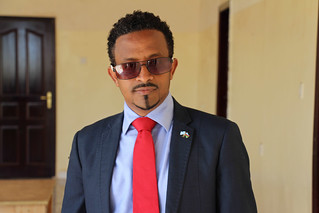 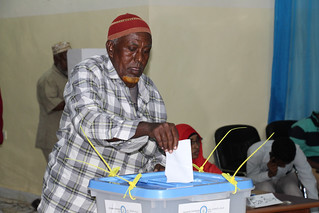 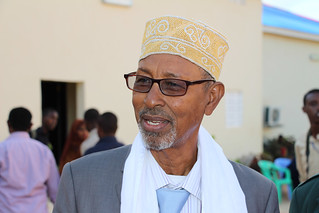